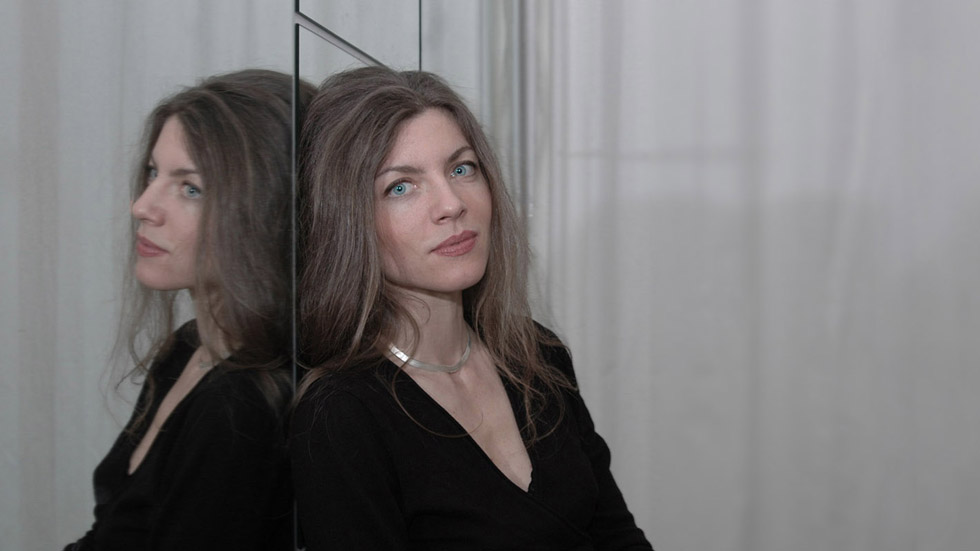 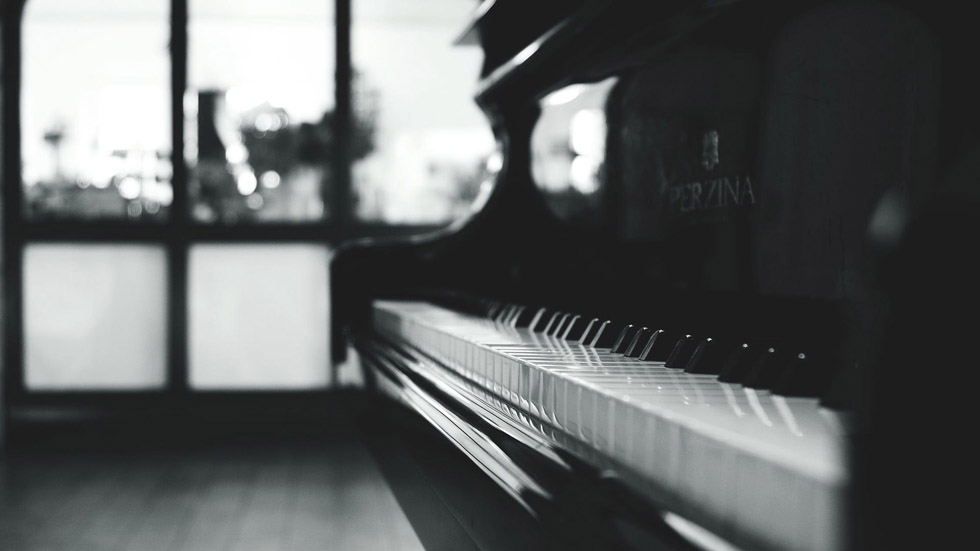 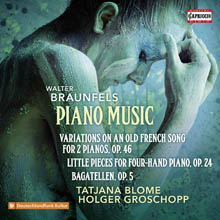 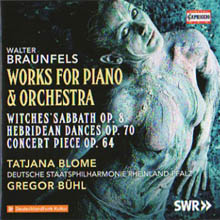 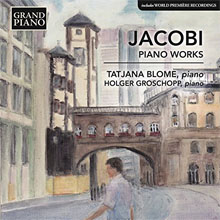 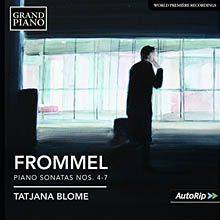 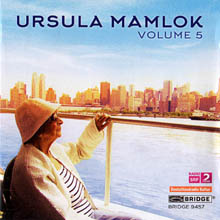 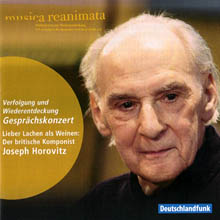 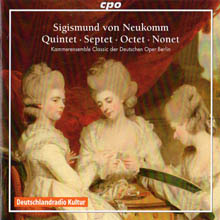 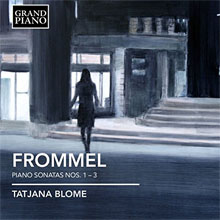 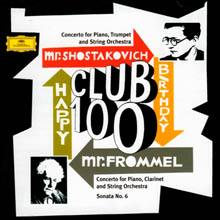 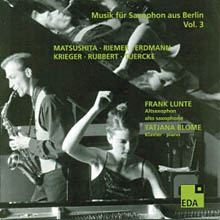 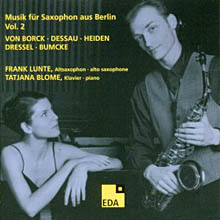 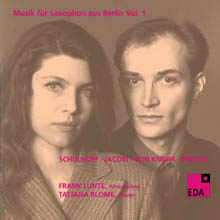 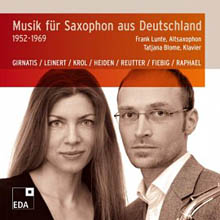 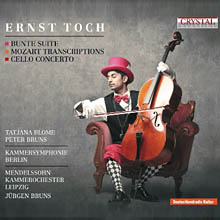 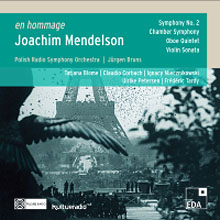 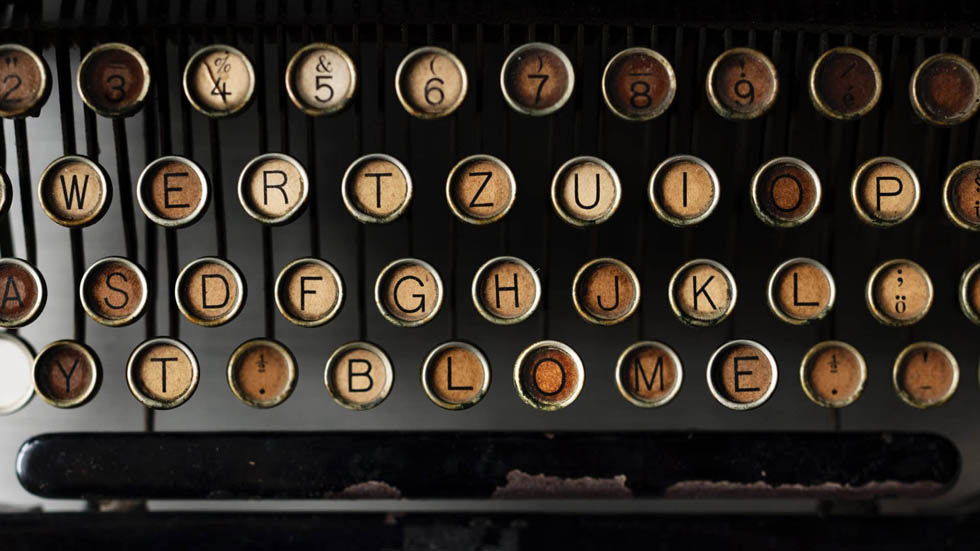 "...Tatjana Blome is that rare thing, a virtuoso musician dedicated to unearthing unknown or forgotten works that demand to be heard and reassessed. She presents this fascinating program with commitment and love - as though she were playing the concertos of Brahms. (I wouldn't mind hearing her in Brahms, incidentally.)….."
Phillip Scott, Fanfare, September 2018

"...These works sound like they require a pianist with both muscle and dexterity, not to mention lightness of touch when required. tatjana Blome has all thos qualities and more. She convinced me that these are top-drawer works whose neglect has been unfair...."
Raymond Tuttle, Fanfare, October 2018

"…Both pianist Blome and conductor Bühl dig into this music with an almost Slavic intensity of expression; they really want you to enjoy and be impressed by this music, and their approach works miracles. In addition, Braunfels really knew musical principles inside and out and wasn’t afraid to attempt dramatic flourishes. From start to finish, this is a spectacular piece that deserves much wider circulation."
Lynn René Bayley, The Art Music Lounge, August 2018

"(…) Jacobi’s music is almost always in continuous motion – dancelike, perpetuum mobile, sometimes contrapuntal. (…) It has a distinct individuality, especially with
regard to harmony, which makes it difficult to compare to any other composer’s. (…)
I quite enjoyed listening to all this music."
Bruno Repp, American Record Guide, Sept./Oct. 2017

"Tatjana Blome is a superb champion for this surprisingly powerful music. She plays
with ironclad command, lovely tonal coloring, and a strong sense for the drama of the works at hand. Holger Groschopp is a worthy and more than able partner in the four-hand music. This is one of the most compelling sets of ›obscure‹ music I have heard in some time."
Peter Burwasser, Fanfare, Nov./Dec. 2017

"As Tatjana Blome's superbly played program shows, Jacobi also wrote brilliantly for the piano. (...) The exceptional beauty and expressiveness of Jacobi's piano music is wonderfully conveyed in Grand Piano's superb recording, which presents the instru-ment in its full glory of color, range, and impact."
Mark Lehman, The Absolute Sound, Dec. 2017

"Blome offers nuanced, at times powerful performances, getting the most out of these second-tier works. Brahms and Bartok can survive mediocre playing, but an unfamiliar composer like Frommel cannot, so Blome’s dextrous promotion does his work a great service.
The best of these four is probably the single-movement Piano Sonata No. 5. The work is rhythmically interesting, generally restive, with angular themes in a somewhat episodic version of sonata form."
Richard Kraus, MusicWeb International, June 2016

"It is now almost four years ago that I welcomed the first of two discs containing the complete piano sonatas of Gerhard Frommel, a long forgotten German composer. His biography gives his birth as 1906, and details his life as a composer falling under the influence of Hans Pfitzner, that in turn taking him into a world of tonality that was long out of date before he began composing. That did not deter him, and he wrote a substantial catalogue of works that included two symphonies and two violin concertos. Among his keyboard works were the seven sonatas that he thought summed up his emergence as a composer as they punctuated his life, the last four coming over the period 1943 to 1966, though he was still revising the Fifth in 1982, two years before his death. Maybe he saw in the works more about his development than I find listening to them. The Fourth is a good example, as it takes us back, stylistically, to a era before his First and will give considerable pleasure to those who enjoy the comforting warmth of the Late Romantic era. The Fifth is unusual in being in one movement with seven sections, and flirts with so many different influences, including a jazzy rhythm, so that you never know what period you are in. That becomes more clear in the Sixth, for this is in the jerky world of Stravinsky and Prokofiev in their Paris years, sugary-sweet melodies inserted to soften the mood. Finally to the Seventh, a score the composer described as ‘stretching to the limit what I have learned about modern music’. It was certainly leaving the comfortable era of his Fourth, though it does rather meander through three movements, its final Allegro not the culmination I was looking for. I guess—without seeing the scores—that the young German pianist, Tatjana Blome, has done everything possible for the music, and the clarity of her fingers certainly makes clear the various strands in complex passages. The Munich radio studio engineers offer a superb recording."
David Denton, David's Review Corner, March 2016

"Blome has an impressive discography to her credit, both as soloist and as a chamber musician. Her previous acquaintance with Frommel lends her interpretations here all the more authority—she is assured, sensitive, communicative. This recital will leave listeners looking forward to the one or two further volumes that will cover Frommel’s four remaining sonatas.
Sound quality is good, as it always is with Grand Piano…"
Byzantion, MusicWeb International, November 2013

"These fascinating sonatas came as a real discovery to me. I was afraid they’d be too old-fashioned for my taste…but Frommel’s skill, resourcefulness, and strength of personality carried me along as I found one thing after another to marvel at and delight in. Much of this pleasure is due of course to pianist Tatjana Blome, who plays with admirable clarity, authority, and vivacity, and is captured in Grand Piano’s clear, strong, and immediate sonics.
Listeners wanting to hear more by Frommel might…hope for a second volume of the piano sonatas from Tatjana."
Mark L Lehman, American Record Guide, July 2012

"The mysterious, fantastical environs of Piano Sonata No. 1 in F sharp minor, in all its neo-romantic splendour eventually yields to the eerily sharp harmonic phrasing of the second sonata—Op. 10—which in many ways serves as the antithesis to the first composition. Finally, Piano Sonata No. 3 beguiles with its numinous expressions, channeled effectively through the dancing fingers of pianist Tatjana Blome. A rapturous sojourn."
Chris Morgan, Scene Magazine, May 2012

"These three sonatas, essentially classical in form and length, come across with very different emotional and intellectual impact. The first and longest, from 1930-31 and revised in 1975, is in the challenging key of F-sharp minor and is mostly a tender, lyrical work. The second, in F major, dates to 1935 and shows a much stronger Stravinsky influence in its clownishness and grotesqueries. The third as played by Tatjana Blome is a curious piece, dating originally to 1940-41 but being revised in various ways from as early as 1962 to as late as 1980. It is the most impressionistic of the three works and shows the most individual treatment of the piano in its structure. Blome plays all the sonatas sensitively and with great understanding, and the disc will be a treat for listeners interested in off-the-beaten-path piano music that is nevertheless very worthy of being heard with an unbiased ear, leaving behind any uncertain political association its composer may have had."
Infodad.com, May 2012

"Tatjana Blome’s fresh recording … opened up to me a completely new form of musical aesthetics. Frommel offers a genuinely unique alternative to both expressionism, impressionism and neo-classicism. I did not know Frommel’s music previously but […] he is a natural successor to the Central European tradition of romanticism, which everyone believe to have ended in the “isms” of the early 20th century.
The most astonishing aspect about Frommel’s music is its unforced flow. […] Frommel even anticipates the musical pluralism of the 1990s. The recording has been released by a piano music specialist label Grand Piano. True devotion to the cause can be heard in an overall quality recording which emphasises Tatjana Blome’s soft touch but also gives space to some serious hammering.
The booklet liner notes provide proof that Frommel was not a Nazi supporter […] Understandably, for Germans in particular, this info is essential and partly explains why Frommel has been so totally forgotten. This being the case, why not let us focus on the music which is both interesting and fresh – despite being written 80 years ago?"
Kare Eskola, YLE Radio 1, May 2012

"The piano sonatas on the disk at hand are well put-together, inventive examples of idiomatic modern piano music that abound in thematic material of an attractive sort, pleasing developmenal passage work and a memorable quality in general.
Frommel’s sonatas have a maturity of voice and sense of eventfulness that tempt me to call out the name as a discovery, a neglected voice, someone whose reputation needs reviving…these three very charming sonatas…[are] played with sympathy and sensitivity by Ms. Blome.
…surely the Frommel of this recording will find a welcome among those who love the music of the 20th century…That this is. Recommended."
Grego Applegate Edwards, Gapplegate Classical-Modern Music Review, April 2012

"Gerhard Frommel is another example of a gifted composer who did not fit into the style of the time, many of his scores, including two stage works, still unperformed. Born in Germany in 1906, he fell under the influence of Hans Pfitzner whose master-classes he attended. It resulted in tonal music that after the Second World War was regarded in Germany as being fascist, though he had articles printed in the 1930’s when he expressed himself as opposed to Nazi ideology. The chances today that you will hear his piano music in the concert hall are slight, though he regarded his seven sonatas as a microcosm of his whole output. The three on the present disc…covers the ten year period beginning in 1931. They are curious scores mixing seriousness sitting next to music that is so utterly charming and pleasant, its melodic content readily entering your memory. Sample the second and third movements of the First Sonata whose content comes close to relaxing salon music. Four years later we find Frommel in the era of the most accessible Prokofiev, its relative brevity having the outer movements as proactive allegros surrounding a creamy melody for the andante cantabile. The Third Sonata started life in 1940, and was revised in 1962 and 1980, remaining unpublished at his death. Subtitled, Sonata Quasi una Fantasie, it is not easy to like or comprehend, as it meanders over almost nineteen minutes. The young German pianist, Tatjana Blome, certainly stakes out a claim for Frommel, her playing of the central movement of the Second pointing to a musician of rare sensitivity. Excellent sound from a Radio Berlin recording. The disc appears to be the first of a complete sonata cycle."
David Denton, David's Review Corner, April 2012 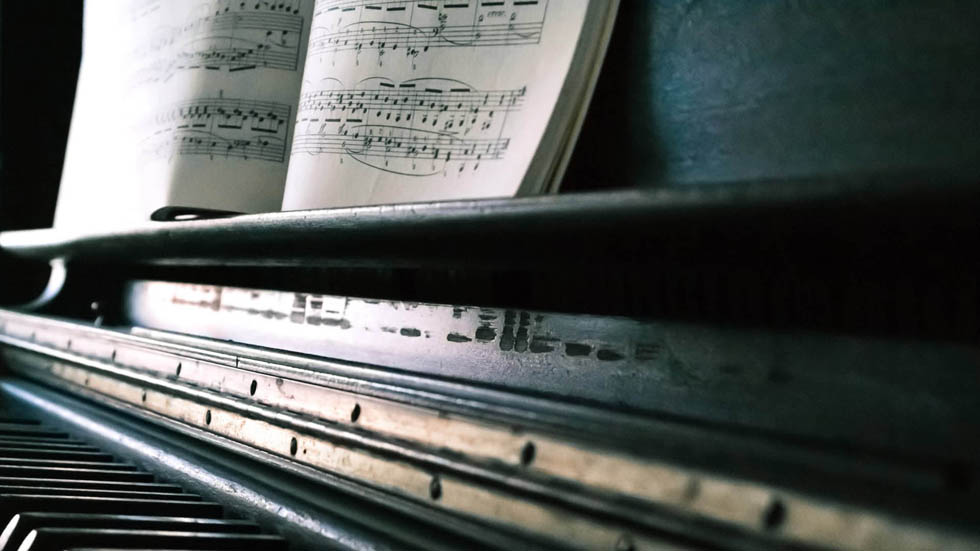 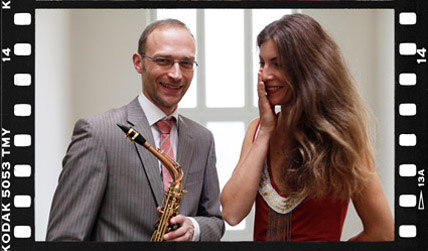 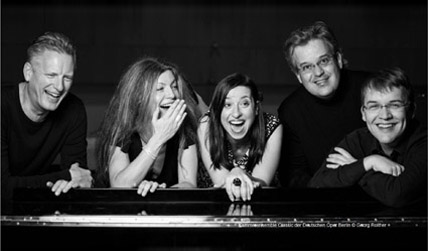 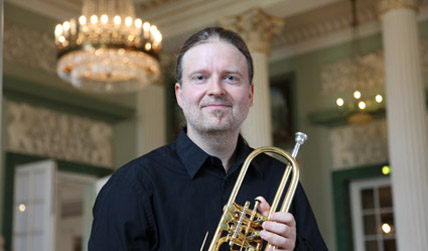 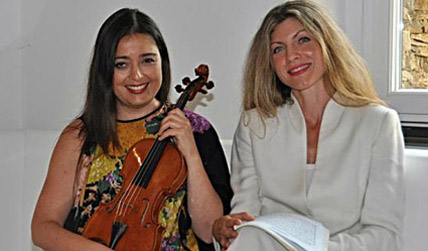 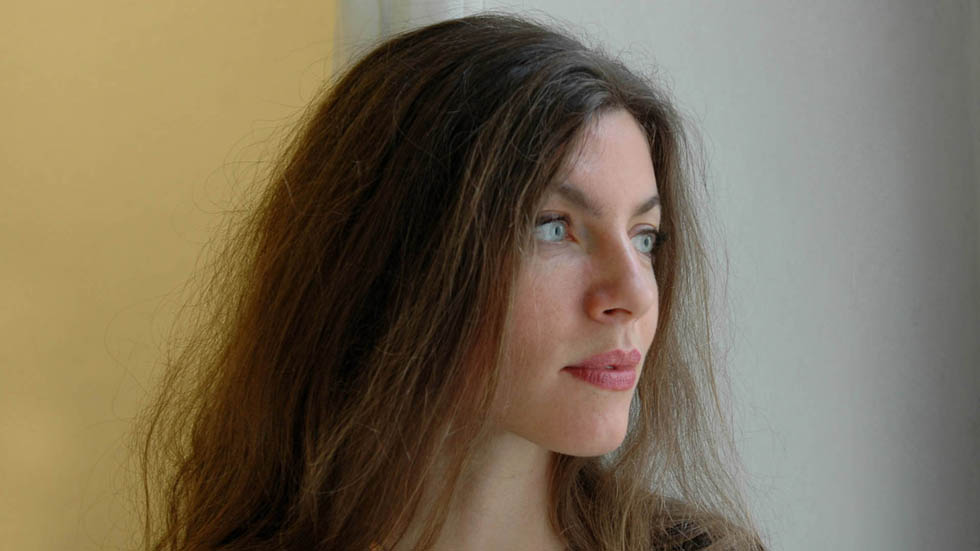 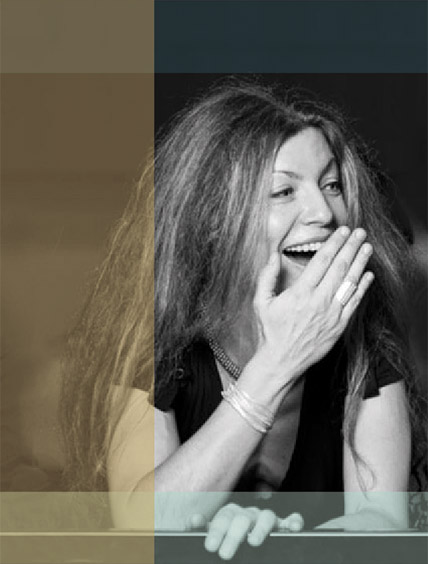